Many of the changes in my version of Djasiantech's Tokyo involve the "transit system". The improvements I show here are in the world Ichigo'53864970'12, which has the date 04/20/2013 (and will be in later versions of my Tokyo).

The section I call the "5th district" (which includes Tokyo Tower, a small glass pyramid, the HIVE club and TOKYO PINK, etc.) has a loop that will take you around and around forever, but it doesn't work too well as a transit system because it's hard to get off at your desired destination.

But I like the loop so much that I wanted to keep that, while also making the tracks work for practical transit. My solution is to use two lanes and special intersections and turns.

The trick is to get two lanes to go around corners, without switching your lane unless you want to, and without using a lot of space. I also want to be able to change from one lane to the other, but only one lane (the "local" line) stops.

Here's how I go around a corner: 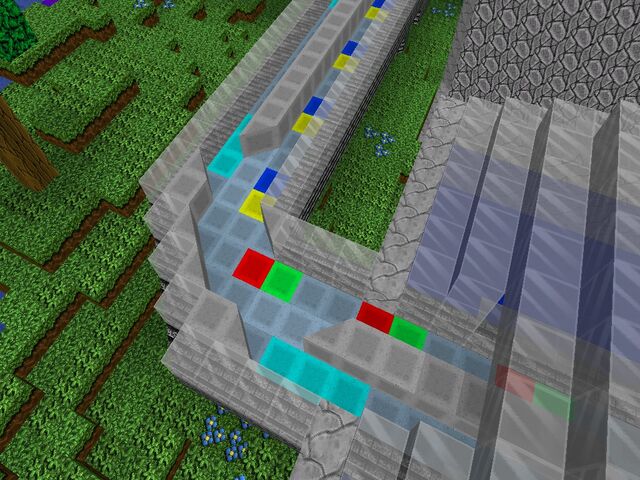 Here is a junction with another route that goes over the bridge. There are 4 lanes for the bridge, and two in each of the other two directions. All work properly in either direction. 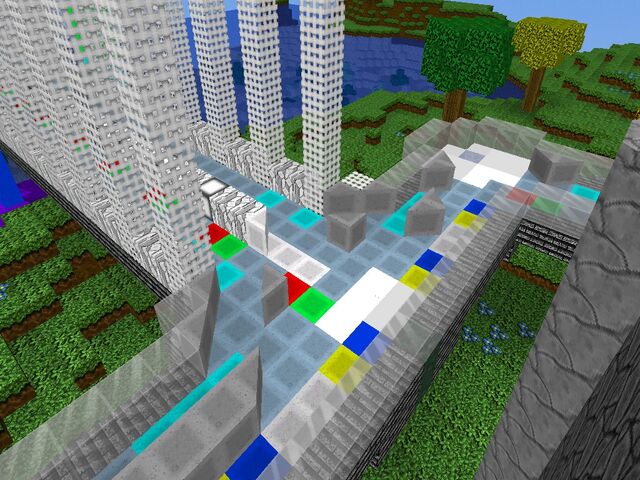 This is another three-way junction. The express lane passes through without stopping. If you leave towards the lower-left (which is south) you're heading towards the 3rd district: 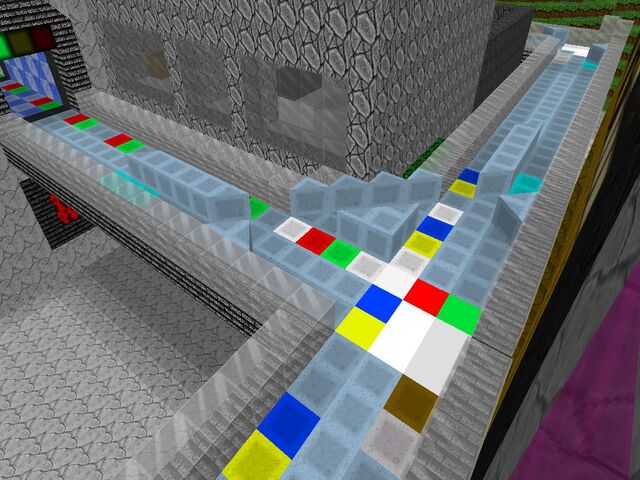 The express lane is marked with cyan (aqua blue) to remind you you're on the express. In the "local travel" lanes, the colors blue, green, yellow, red are used for North, East, West, and South (respectively) to remind you what direction you're going. 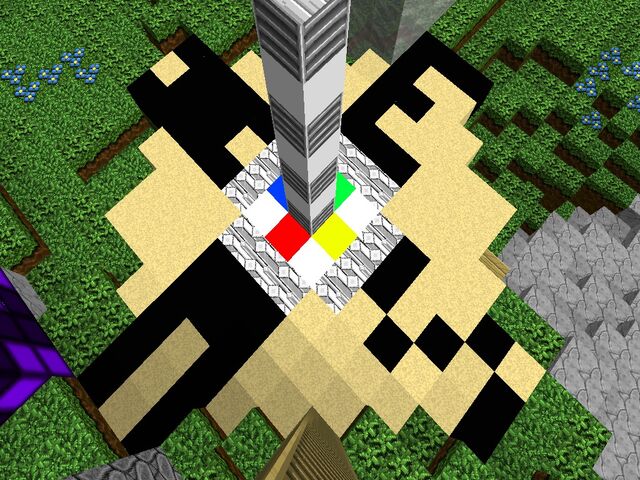 The suspension bridge connects the 4th and 5th districts. When approaching the 4th district via the bridge, you're automatically placed in the local lane so you stop at the junction. But when you see the cyan marks in the lane next to you: 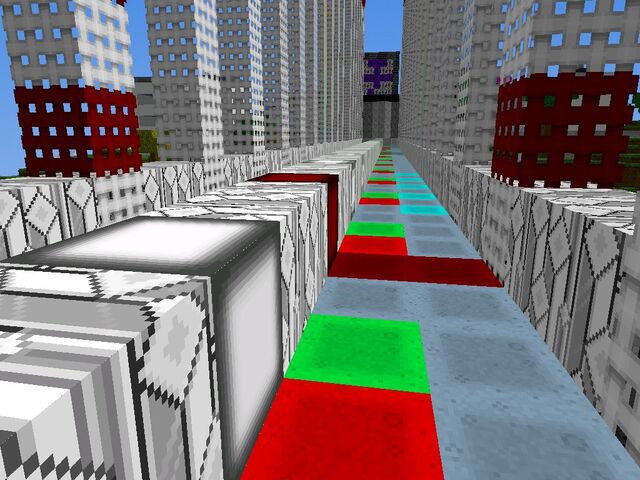 ... it reminds you that you can move over (to the right in this photo), and you'll automatically be placed on the express lane of the loop.

Here's another shot showing the whole west end of the loop: 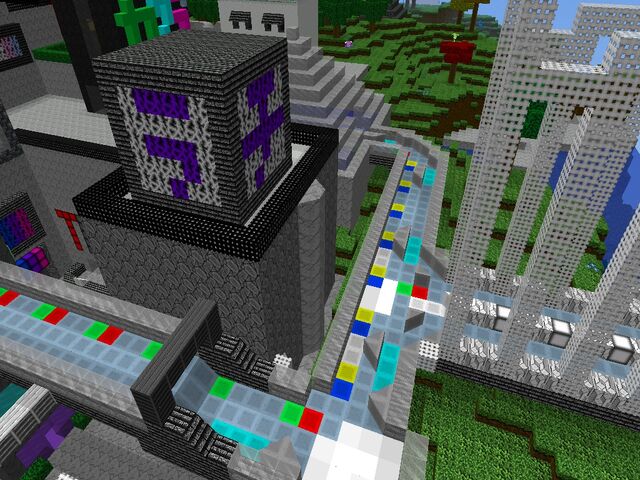 While I was working on my transit changes, I've discovered a lot of evidence that the ice-slides in Djasiantech's Tokyo were built to grade (that is, on the surface of the original ground) before the city was built around it: 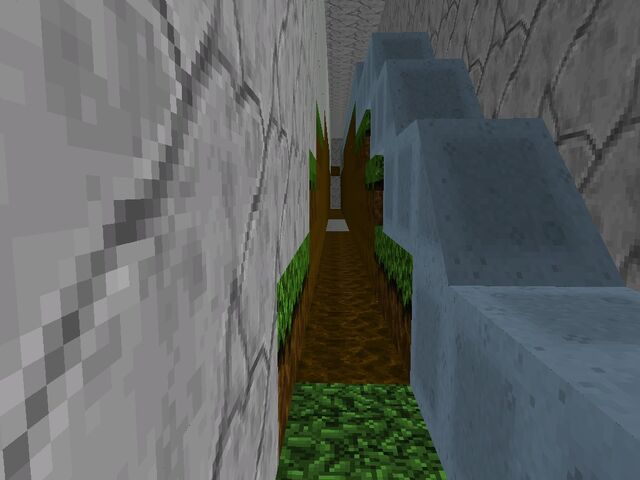