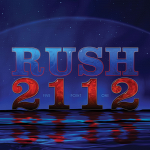 I'm an active Admin/Buerocrat on the EWBW, so feel free to ask me any burning questions you may have!

"We can walk our roads together if our goals are all the same. We can run alone and free if we pursue a different aim."

I got Eden in mid-2011 and didn't understand the point of it. I hated the controls (arrows at the time) and just walked around freely, not knowing what to do and thinking it was pointless and boring, so I deleted the game. In January 2012 I saw the app on the top charts and remembered not liking it. I was bored at the time and looking for an app to just tinker with, so thought I might as well try it again.

Getting used to the new controls (joystick!) and the creatures to torture, I made a really cool house (which got deleted by the end of the day). Sincerely enjoying the app, towards the end of April, I joined this Wiki, not planning to edit that much and end up becoming an honorary bureaucrat, but somehow I did. I've always been a fan of writing, and I am somewhat of a perfectionist, so I began to edit. And I edited a lot. I would fill up the recent activity board with my edits (and I still do..). Long story short, I would become a bureaucrat and keep on editing.

Loving Eden, I'd have to have heard about Minecraft, the game Eden is commonly compared to. Being skeptical about the $27 game, I bought it in July of 2012. Now I like that too, and I play it quite often. I'm Administrator on a small server, but I would hate to self-advertise. And if I had to choose... yes, Minecraft is better than Eden, except for maybe portals, which are really neat.

I love music (mostly rock and it's subgenres), reading (but I shamefully don't read much anymore), playing Eden & Minecraft (and of course some other games, on Steam and IOS), being addicted to social websites, and writing. I also really like meeting people, so feel free to drop by and leave a message on my message board.

"And the men who hold high places must be the ones to start to mold a new reality closer to the heart."

Retrieved from "https://edenworldbuilder.fandom.com/wiki/User:TimeMan2112?oldid=25243"
Community content is available under CC-BY-SA unless otherwise noted.