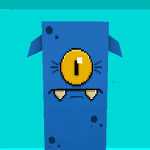 I'm David Nolte my first big World was "The Shopping Center 2 Beta 5'1" but I no longer working since September 2012. Since September 2012 I working with a other builder on Direct City. And since January 2013 I´m here Admin on the wikia. Currently I have a really cool and big project, I build a bigger airport for City Direct. I have make the Account and the Article of Direct City. Also I insert the dates of the updates in the Version History. I´m member of the Facebook page Eden - world builder // Elite builders there are few of the best builders of Eden. On my Block I post in the future few pictures and infos about my current projects. When you want a World Article for your World like the World Article of Direct City contact me Also I´m the creator of the Eden - World Builder Deutsch/German  Fan-page on Facebook.

When you have a question or  want what other from me, you can leave me a message on my Message Wall, I will answer your question as soon as possible.

Pages where you can found me:Edit

Me on other social networksEdit

All of my building at a glance

The developers are hard working on the new feautureas for 0.8.0. This is getting the biggest update of mcpe, yet.

The developers started a big test group for Android to find out big bugs and that they can fix the bugs before they release it. They want to add more beta testers to the group but they can't add more at the moment. If you want to be a beta tester you need a Android device with the full version of Minecraft if you have them you can request to join here.

Retrieved from "https://edenworldbuilder.fandom.com/wiki/User:David_Nolte?oldid=23443"
Community content is available under CC-BY-SA unless otherwise noted.