The Plain Block (Also known as the Cloud Block) is the simplest block in Eden because is it entirely blank, and is usually used to make a large painting, and most obviously, show off shadows. Users often make pixelated drawings or designs out of Plain Blocks. Plain Blocks are mainly used for decoration, bland buildings, or as a block that's good as a different color. 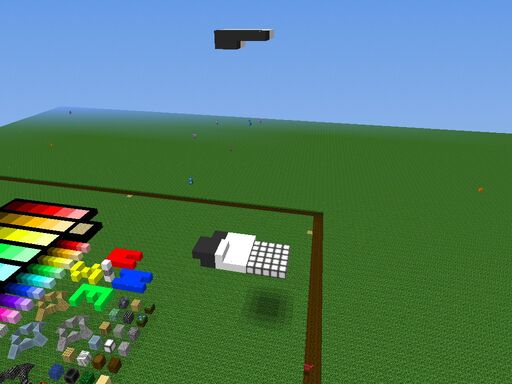