This is a list of various glitches and bugs that were found in the Eden application. Each glitch has a description of what it is and how to reproduce the bug.

Dig down, place some ice ramps going down into some vertically flowing lava. Then jump in, wait for a few seconds/minutes/hours if you are mad, then hit jump and fly away into the unloaded chunks. While charging, going left or right will sort of teleport you to the opposite block.

Placing lava directly above you will stop it flowing.

If you play Direct City you will land in a old glitch that can make you fly up in the air. 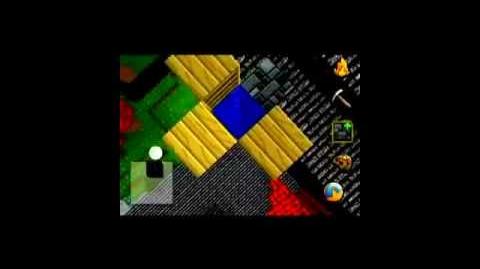 This is the video for The Elevator Glitch. (see above)

Community content is available under CC-BY-SA unless otherwise noted.
Advertisement