Read about how the game works on Mrob27's blog!

Come check out the Collab World, a project we just re-started.

This wiki is about Eden World Builder, a block-based building game for the iPod, iPad, and iPhone, where you can build amazing worlds and share them. This game was created by an Ari Ronen, and now by Kingly Software Inc, better known as Kingly Games. The app has become a very popular amongst iOS users, and since its release, has risen to the top 100 of the App Stores charts.

0.) Affiliation with The EWB Developers
As stated before, NO ONE on this Wiki is related to or affiliated with any developers of Eden - World Builder. We are a Wiki that provides information on the game itself, not progress made on updates or new features. Please refrain from posting rude or obnoxious comments asking when the next update is or giving us block suggestions.

1.) Spamming and Griefing
Spamming is not tolerated on EWBW, and admins/sysops will give you a one day ban from the wiki if this rule is broken. Further griefing/spamming will result in a one month ban, and further disruptions will result in permanent blocking, unless an admin personally removes the ban.

2.) Editing Rules
Edits should be necessary and not simply just a single word addition (unless it is needed). Pointless edits are seen as spam or griefing. You also can't make a pointless edit and then remove it, as this would be seen as point grinding. Another thing that is prohibited is marking an article under the 'Eden' Category, as everything in the wiki obviously pertains to Eden already and adding said article to and 'Eden' category is redundent. Also, making a comparison to Minecraft or Minecraft specific blocks and or objects is not encouraged. These edits will be removed unless seen as legitimate. You will be warned, then suspended, then banned. Unnecessary or spammy edits will get a short block, and if you repeat this violation the block time will be longer, which could end in a permanent block.

a.) Refrain from vulgar language in the chat.

c.) Do not disrespect staff in the chat.

d.) Do not insult, purposely offend, or put down other users in the chat(see more below).

e.) Caps are allowed, but please don't use them excessively.

Refusing to obey will result in a 1 day ban via chat mod, bueraecrat, or admin.
If any staff is abusing his/her rights, notify a bueraecrat immediately.

4.) Abuse of Messaging and Intimidation
Any form of verbal abuse and intimidation will result in a warning. The first warning will be verbal, and the next two will be kicks. 3 warnings result in a 2 hour ban, followed by a 3 day ban if behaviour continues. After that, it is the staff's choice what punishment to give out.

5.) Posting Your World
We encourage users to post a page on their world, but make sure your world page is acceptable. You have 2 weeks after you create the world to make the page look good. What you need is:

Thank you for reading the rules and regulations. Disregarding these rules will result in the appropriate punishment.

User of the Month

A user is selected by the users of the wiki in a poll (below) every month. Please put nominations on the talk page. You cannot be User of the Biweek twice in a row, although you can be User of the Month twice or more during your time on the Wiki.

The winners are here.

Other Wikis To Check Out 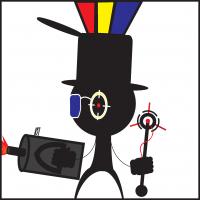 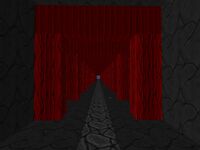 "Featured World'': Massive Tree by Tasks by Lijosu. This is a very awesome world, with an amazing landscape, including mountains, a temple and a giant tree".

Hey Guys, the update is now really almost done and will be submit to Apple Soon. The official Trailer comes also Soon.

You know what? I think that from this point on, if you guys start flaming about so and so being jerks or whatnot, I might just instantly ban you for 3 days without even going through the whole "now that wasn't very nice, now, was it?" comment I rituallistically do. yeah, it won't teach 10 year olds to get off the internet, but it shuts them up for a bit.

Retrieved from "https://edenworldbuilder.fandom.com/wiki/Eden_World_Builder_Wiki?oldid=18976"
Community content is available under CC-BY-SA unless otherwise noted.