Chunks are sections of terrain that are 16x16x16 blocks in size (or, for some purposes, 16x16 in the horizontal directions and 64 blocks vertically). They are a unit of organization of the internal map data in Eden, and can be seen in several places.

In early versions of the game, the map or terrain would sometimes get "corrupted" or damaged by a bug in Eden. This damage usually affected individual 16x16x16 sections of map data. Some worlds that are descended from that time, including Mega_City_Tokyo_(Extended), have evidence of chunk boundaries. 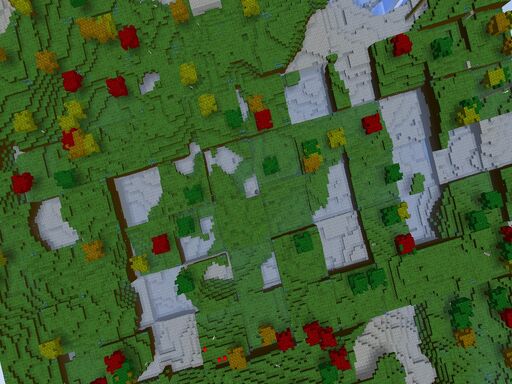 Flowers always grow on the corners of chunks. This can be seen by counting out the number of blocks between one patch of flowers and the next. This photo shows it well: 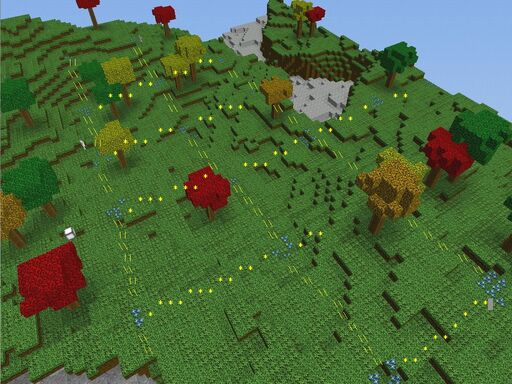 Connect the lines between patches of flowers, and they're always 16 blocks apart.

Clouds are confined to 16x16 square regions of the map. This photo shows it: 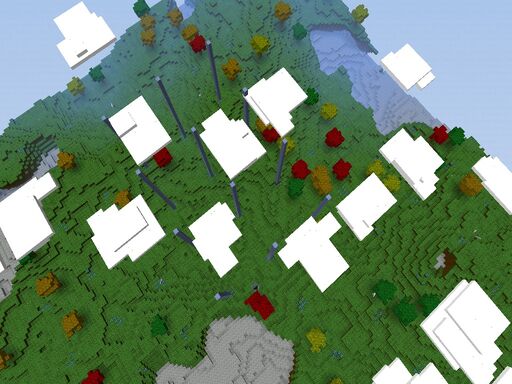 Ladders have been built on each patch of flowers, marking a square grid. Each cloud is contained within a 16x16 square boundary.

When the game is "Loading", the "edges" of the world move. If you measure out blocks as seen in the photo below, and then look again after a "Loading" happens, you'll notice that the edge has moved by a multiple of 16 blocks: 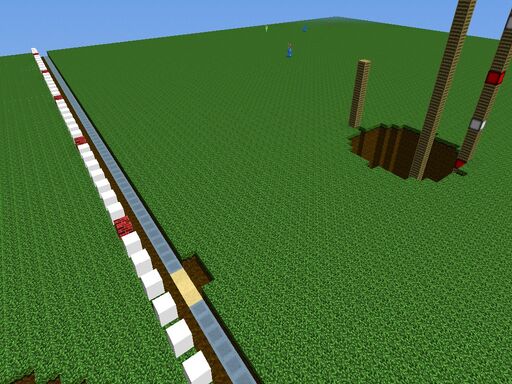 Measuring to the edge of the world

When digging away blocks, the exposed blocks below will be darker because they are in shadow. Later, they will brighten as the game figures out there is no longer anything to cast a shadow. Sometimes only some blocks brighten, and there will be an "edge" where it turns from shadow to non-shadow. These edges happen on chunk boundaries.

The blog article User_blog:Mrob27/Eden_World_Builder_v._1.7_Data_Format by Mrob27 describes the game data format in detail. Within the game data file, 16x16x64 portions of the map are always stored together (taking up 32768 bytes each), and within this the data is broken up into 8 pieces each amounting to 16x16x16 blocks of data (four sections for the blocks themselves, and 4 sections for the colors).

Retrieved from "https://edenworldbuilder.fandom.com/wiki/Chunks?oldid=20081"
Community content is available under CC-BY-SA unless otherwise noted.